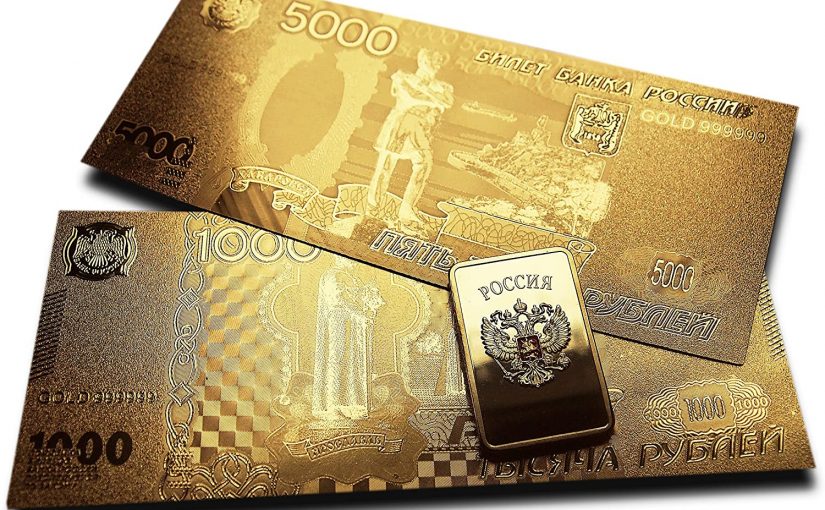 Since the Bretton Woods Agreement in 1945, countries worldwide have been forced to use the petrodollar to buy any form of oil. However, in the last decades, a new wind of protest is coming, that might very well throw away the petrodollar altogether.

After so many sanctions from the West, Russia is trying to find all ways to continue selling its gas abroad. Indeed, its economy needs the influx of foreign money, to keep the imports and exports balanced. The measures taken are a bold attempt at de-dollarizing the world.

Russia is one of the countries of the world with the smallest debt compared to its GDP. Unlike the Western world which literally lives on debt, Russia has managed to clear its debt almost entirely.

Can you find Russia on this world debt chart?

People have been talking about a possible default for Russia, but this is just fearmongering. Yes, the sanctions and the war itself will take their toll on the Russian economy. Truth be told, the EU is currently laughing, ruthlessly applying sanctions ordered by the Americans, but I wonder how long it will laugh. This meme tells it all. 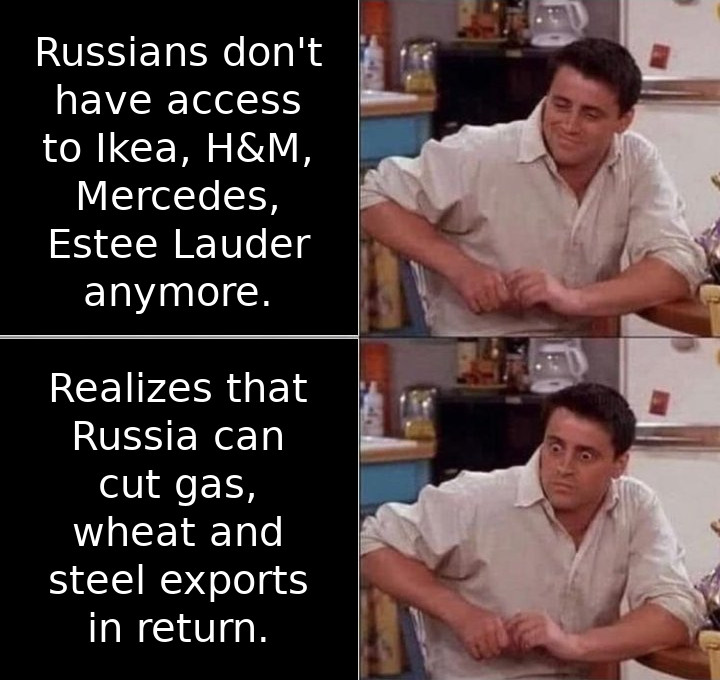 While sanctions have been used extensively against many countries, their benefit is doubtful at best. First of all, the perspective of sanctions has certainly not stopped Putin from invading Ukraine. Second, the ones who end up starving are the people, not the elites. It is now a very well known fact that economic sanctions have only one effect: spreading more poverty.

And I won’t drop a tear for this Russian millionaire who allegedly can’t pay his maid anymore. Besides, many Russian oligarchs approved of the war, at least at the beginning. Indeed, they feared being at a loss should Ukraine turn toward the West and cut its ties with Russia.

Additionally, it seems that the West has rushed out all sanctions at once. This wasn’t a smart move, as it is now lacking any kind of extra pressure against Russia. This has left “the enemy” with some time to counterattack. I mean, anyone with a pair of neurons knows that you should never play all your cards at once. It looks like they don’t even teach the basics in schools for politicians. I mean, at least learn how to play cards! 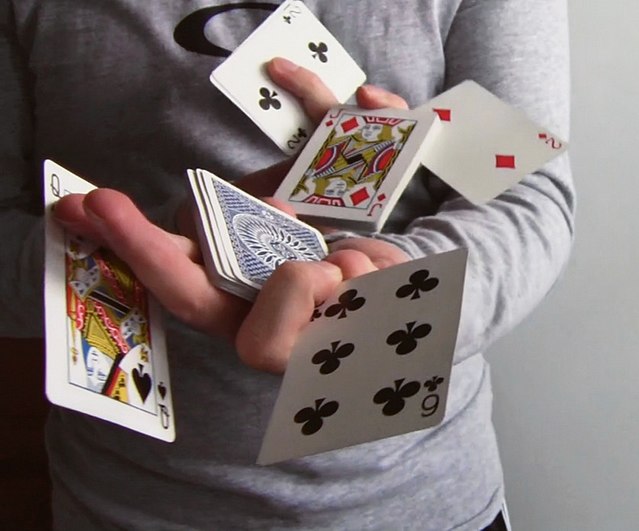 Of course, you may think that starving people might turn an angry crowd against their government. I mean, if any of our leaders in the West decides to wage a war, like in Iraq, Afghanistan, Libya, Syria, do we, the People have any say? We don’t. How could anyone in their right mind imagine that it would be any different in Russia?

Moreover, sanctions on the people by a foreign nation are also the best way of helping any dictator justify isolation and protectionism from the evil foes. And be right in the eyes of his citizens.

It does look like we are governed by lunatics with a total lack of common sense. Or maybe they did need a war and sanctions to hide the problems in their own countries. Like a crumbling economy and financial system. Or a 700+ billion dollar budget on the military that seems quite unjustified after pulling out of Afghanistan.

For the last two decades, some countries like France and Switzerland have been massively selling their gold. On the other hand, Russia has stockpiled gold at an unprecedented rate. So has China.

Besides, Russia is the world’s second nation with the most gold to be mined in its soil behind Australia. 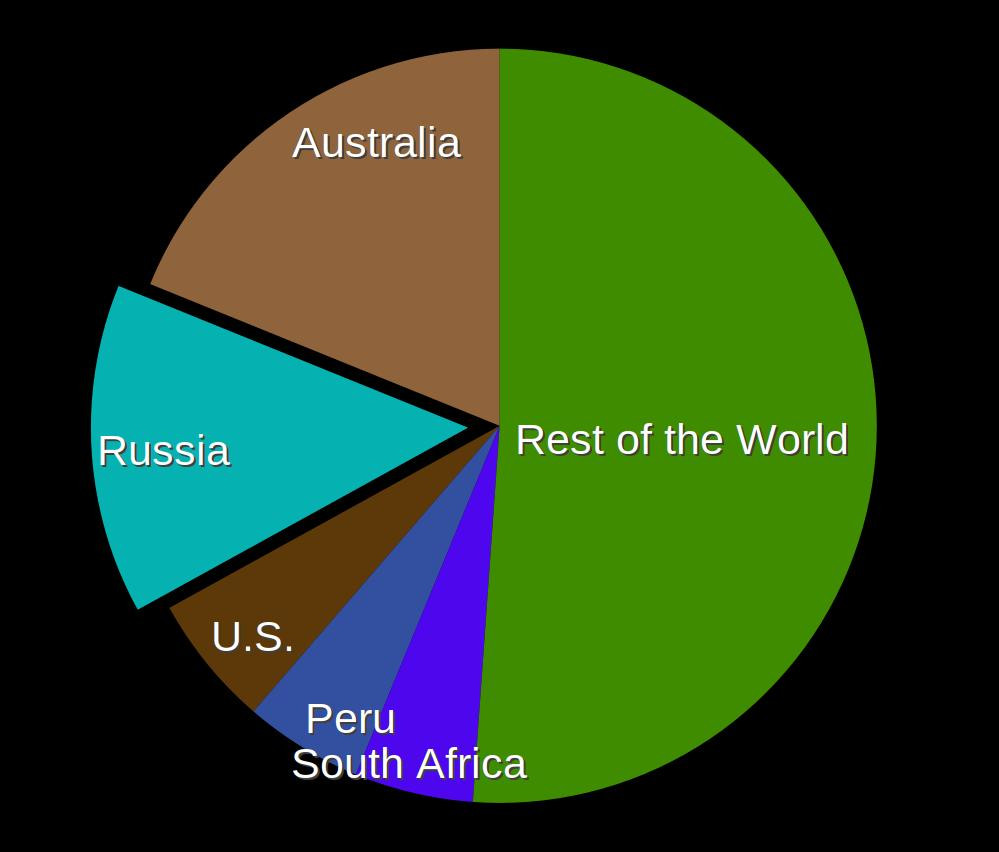 It is quite clear that Russia has tried to protect itself against any kind of sanctions thanks to its massive stock of gold. Now, the US attempts to ban any transaction involving gold with Russia worldwide. The problem is that, unlike an electronic transaction system like SWIFT, you can hardly ban anyone from transacting gold. It is untraceable and can be traded physically, melted and minted back.

Preliminary note: SWIFT is an electronic system that enables banks all over the world to exchange money. Most international commerce currently goes through it. Because of its monopoly, a number of countries, including Russia, have been developing their own transaction systems during the past decade. Besides, it is common knowledge that the US is doing everything it can to capture anything that transits through this system. Counter-terrorism, of course, nothing else, surely.

The sanctions from the West, including banning Russia from SWIFT, have really weakened the rouble. For the record, banning a whole country from SWIFT is unprecedented. A number of Iranian banks were once banned due to the Iranian nuclear program, but a nationwide SWIFT ban has never been applied anywhere else. Nevertheless, it hasn’t stopped the war anyway.

Besides, another set of sanctions, which nobody speaks about much, is those of the rating agencies. They have lowered Russia’s rating, which makes it more difficult for Russia to get credits from investors, and at least raises the interest rates to get foreign money. This is also a very important sanction, coming of course from the exact same West than the other sanctions. Indeed, rating agencies are part and parcel of the Western banking system.

As a result of all this, Russia is facing a very serious threat: the depreciation of the rouble. While this could be a godsend for a country with a lot of debt, it is not the case for Russia. A depreciating rouble means that Russia will have a hard time importing goods at affordable prices for its population.

The leverage of energy

However, despite the wild ban on SWIFT, Germany has stepped up immediately: without the Russian gas, it could not survive the winter. Just after the ban, the Germans have appealed to still keep SWIFT working with Russia only to pay for their gas.

If the Russians were indeed preparing for this war long ago, it makes you wonder why they did not attack Ukraine last November. They could have had even bigger leverage on the European gas in the heart of the winter. Besides, they love the cold, and they would have been able to use frozen soil to deploy tanks and other vehicles in the fields rather than being stuck on roads. Did they not have time to paint their tanks white?

Anyway, one sure thing here: the EU cannot simply stop paying for gas – it is a matter of survival. And some experts point out that even American gas cannot be an alternative at least for the next 10 years. The amount of infrastructure that would be needed, including transport ships, is massive. Here is the order of magnitude: gas transport ships around the world can currently deliver roughly one billion cubic meters of gas per year. The EU consumes 150 billion per year.

Putin is now taking advantage of Europe’s Achilles’ heel to salvage the rouble. He is now asking that gas be paid only in roubles by “unfriendly” countries. In other words, he’s clearly saying: you want to put sanctions on my country, well I’ll make you a deal you can’t refuse that will annihilate those sanctions. And there are no more cards to be played on the EU side, sanctions-wise.

For the record, since the end of WWII, petrol and gas have been universally bought using “petrodollars”, a fancy name for… US dollars. There was no way around that, and those who have tried to do otherwise, such as Saddam Hussein and Muammar Gaddafi, have encountered some… “minor” problems, leading to their death.

However, the BRICS cooperation is not Iraq or Libya. China has been paying some of the gas it imports from Russia in yuan rather than in dollars since 2017. Check out the petroyuan. Note that Saudi Arabia, a historical ally of the US, is also changing its stance and considers accepting the petroyuan as well. Which is quite huge geopolitically.

Anyway, Putin’s move does seem to work, as the downfall of the rouble has been stopped. Indeed, if everyone needs to buy roubles to pay for their gas, then obviously there is some high demand for the rouble, which makes it more valuable.

In the meantime, US dollars that were used to buy Russian gas will be ditched, which will have an impact on its value. Granted, if it is only about the purchase of Russian gas, the effect could be quite negligible. However, if more international trade ditches the dollar, there is a possibility that a lot of dollars will go back to the US, worsening the current inflationary trend.

As I was already warning in 2017 in my book “Money: What You Don’t Know”, Russia, among others, has been looking at cryptocurrencies very closely. Russia is working on creating its own legal Central Bank Digital Currency.

This currency would of course not be a real decentralized cryptocurrency, and in this sense, Russia is obviously opposed to them. Giving the power to the people is not really Putin’s credo.

But again, right now the master of the Kremlin is looking at all the possible ways of selling its gas. Including cryptocurrencies. But that’s only for “friendly” countries. This move is also new, as he did not seem to like cryptocurrencies that much in the past, even banning them from Russia at some point.

As my readers already know, the US dollar, as well as the euro, are being created in an uncontrolled way. This is especially true in the last decades. Typically, the amount of euros has doubled every decade since its creation. No wonder inflation is now lurking around the corner!

So, following the new Russian counter-sanctions, “unfriendly” countries are left only with two options when it comes to buying Russian gas starting March 31st, 2022. It is either with gold or with roubles.

While this can be a smart move in the short term in response to sanctions, this could be a bad operation in the long term.

I believe this “rouble for gold” is just for show, mostly a message to Western countries, a reminder that building one’s economy on debt might prove very dangerous.

Afterword: A recipe against war

It seems the recipe applied by the West to “stop the war” is non functioning, to say the least.

Here is a simple recipe to avoid war all over the world. If all countries agreed to this, we would certainly live in a more peaceful world. Set in stone the following in all constitutions of all countries of the world: