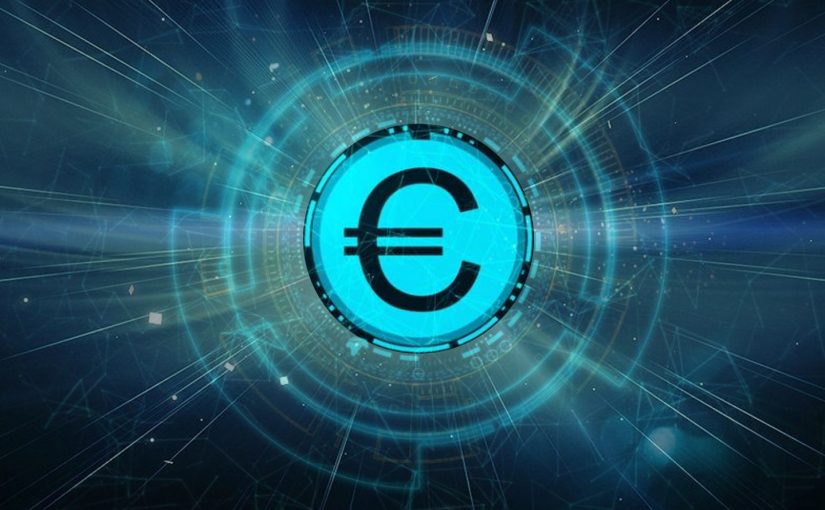 In my 2016 book “Money, What You Don’t Know”, I was already mentioning that Central Banks (including the ECB) were looking into crypto-currencies. During the last few years, the ECB has revealed bit after bit the possibility of having a Central Bank Crypto-Money in the short term. Citizens would have a bank account directly at the ECB. It has also recently spoken about “helicopter money”. How does all this add up? Why are all these needed? Or are they?

The system is similar all over the world: Central Banks issue fiat money, then the private banks take as much fiat money as they can from the economy, and start giving credits (loans). When a bank offers a credit, it creates that money, rather than having to take it from its reserves. And that money is destroyed upon paying back the credit. This system has many problems, as I have detailed in two books: “Money, What You Don’t Know” and the French « La monnaie : l’essentiel ».

Central Banks don’t have so many tools to fuel the economy. They can create bank notes, but only to a certain extent. Printing a banknote costs money. By contrast, creating money for a credit is essentially clicking the button of a mouse on a computer. This is why, in the Western world, 90% of the money is digital and created by private banks. It is quite different in other places, where people mostly use cash in their daily lives.

Anyway, the role of Central Banks is to take care of the banking system and ensure its survival. When they saw that money would be scarce if they didn’t do anything in 2008, they had to take action.

However, it was a matter of life and death. The ECB, along with other Central Banks, started using a tool that is normally prohibited and used only in emergency cases: Quantitative Easing. Basically, the Central Bank is “buying public debts” and injecting money into the financial system.

Quantitative Easing cannot go on forever. Furthermore, it doesn’t seem to solve the problem so much. Indeed, I have mentioned a 10% inflation rate, but that is not what we observe in everyday life. Yes, prices increase, but they don’t double every 10 years. In fact, the money that is generously dispatched by the Central Banks never goes back to the “real economy”. It remains in the banking system, where banks use it to gamble on the stock market and also keep it in their accounts as a safety net. Who thought tickle-down economy was real?

From the standpoint of a Central Bank, there is one way to fight debt and relieve the economy from it: inflation. The idea is simple: if you owe a fixed amount of money, and money is worth less and less value, then you owe less and less as a result. Typically, if you manage to have 10% inflation per year, your debt is simply halved in 10 years.

The ECB is making more and more statements in favor of a “digital euro”. Some call it a “crypto-Euro”, but this is clearly a misnomer since a centralized crypto-currency is nothing more than an oxymoron! In reality, it is called a “Central Bank Digital Currency”, or CBDC.

The main driver behind this, the ECB says, is that “citizens are ditching cash”.

Really? What is the point of this? Why such a big change, a big communication, on an account where you could have a few thousand euros when there are billions of euros turning around every day?

Although there is no official statement that the ECB is looking into it, there are many people pushing for it.

Think about it. The banking sector lacks money. They are literally paying people to take credits! The ECB has tried everything it could to inject more money into the banking system, and it’s running out of options. There is a lot of debt around that will simply choke the economy in the long run.

Let’s not delude ourselves about the intentions of such an innovation. It is a new control tool, nothing else. We could even name it a “supreme control tool”.

For a while, people have been hinting that it could go much further than simple “money”. For instance, it would be possible to distribute digital “food vouchers” with this system. In other words, you would receive “money” on your account, but you would only be able to use this money to buy basic food products with it.

One can also imagine a “basic income” indexed on your “rating”, given to you by the state, based on your “good behavior”. A typical example is the Chinese “Social Credit”. It is not yet used to distribute money, but it could very well be the next step. It could also drive the level of tax you would have to pay.

In other words, this system enables a whole new range of control tools.

Again, this is only the vision of a Central Banker. As an individual who has thought a lot about money, we would be better off throwing away the current banking system. Restart from scratch. It wouldn’t be the first time in history. And sometimes, a fresh start with a better system is much better than letting the older one rot away.